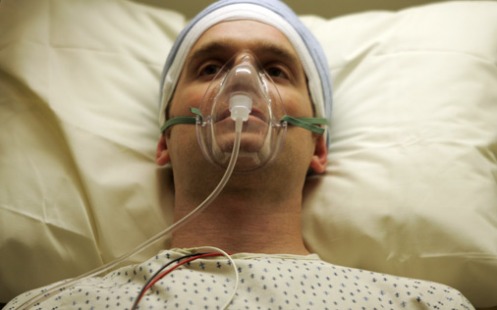 A person in a state of coma is described as comatose. Coma is a state of unconsciousness wherein a person cannot be awakened, fails to respond normally to painful stimuli, light or sound, lacks a normal sleep-wake cycle and does not initiate voluntary actions.

A patient in coma is usually numb, inactive, unresponsive, and asleep.

In the same way, a Christian believer may exhibit the same characteristics in the spiritual aspect—numb, unresponsive, inactive, and asleep. The catch is, as with a patient in coma, a Christian in coma may not be aware of the awful situation he is in. He may deny it or acknowledge it but he isn’t fully aware of it.

Time and again the Bible has warned us about the spiritual state of comatose or in other words, a spiritual slumber.

In a letter to the Romans, Paul told them about Israel’s predicament in not having been able to attain that which they seek for; they had eyes that couldn’t see and ears that couldn’t hear.

One of the mentioned causes of coma is intoxication. Medically, it can be drug intake, misuse, or over use. Paul did mention that we ought to be careful to guard the good deposits in us. In another letter he exhorted against conforming to the patterns of this world. Obviously then, intoxication with the world and all the temporary things it offers may lead to a spiritual coma. Being in that state of slumber, he does not respond to the Word of God, he is out of fellowship, he is inactive in Christian service, and he can dangerously become a backslidden consistent church goer.

Let’s not deny the obvious. If we have taken hold of a new religion when the gospel was preached to us then that superficiality may have caused to us to sink deeper in our slumber.

As far as I know, the Cross of Jesus should have changed our taste buds. There were people in the Bible that were given over to their desires simply because they chose the flashy cards of the world over Jesus. In other words intoxication in this sense is utter rebellion.

I don’t intend to make this long, but I write this with a crying soul but an assured heart. Crying because I think of friends in coma, assured because I am not God; meaning it’s beyond me and the I lift the burden to Jesus.

No person can best assess our hearts except ourselves. If you’re in coma right now, I pray for you the verse in Ephesians 5 that says, Awake you that sleep, and arise from the dead, and Christ shall give you light.

May all of us drown in the sweetness of Jesus.

View all posts by Archie Lim